Intro
Hm, this year is gonna be different
I ain’t gon’ let ‘em destroy me and try to ruin Christmas
I gotta hit Mariah Carey or somethin’
She got it poppin’, and that one song be hittin’ different
“All I want for Christmas is you”, maybe I ask Santa for vocals
And go door-to-door singin’ Christmas carols
To promote this song to the Hooville locals (LexNour)
Something viral, something to distract me that my life’s on a downward spiral
Maybe something Christian-friendly, in line with the teachings of the modern-day bible
Addictive, catchy, narcissistic for blacks, whites, and LGBTQ
Like Dave Chapelle funny, so I can garner support from Netflix and maybe Hulu?

Verse 1
It’s thе Grinch and I’m back, and I’m fuckin’ it up
With eggnog, Patron and drink in my cup
Propane to flame, thеse rappers who suck
With they ho-ho-hoes, and the sluts
Old school flow, but feels brand new
I’m a chip off the block, and already paid my dues
I’m a sick son of a gun who states my views
And ain’t fuckin’ with bots and no mainstream news
Preen, mean, pristine, out of control
Straight shooter, just like a stripper, I got a pole
Fill up, leave? No, I cannot go
Fall off only when I listen to J. Cole
Paid, self-made and slicked up too
I speak my mind even if it’s taboo
In a world of fake where you can barely be you
You and I in tune, the Grinch part two
TikToks in, huh, scrolled on my feet, all I ever see is twerkin’
Couple bad women on my line, hit ‘em in the DMs
First thing they wanna ask for’s a Birkin
Gotta be a sign, like Adam and Eve when she took from the tree from the mouth of a serpent
And gave it the man as a virgin, and as a result, God’s Son had to carry all the burdens
On IG and it’s all violations, guidelines based off of trolls, straight hatin’
Some get blocked if they say vaccination, while others get to post on a timeline naked
OnlyFans cakin’, these simps are amazin’, paid for some shit you can get for free
When PornHub’ll give you ten times the content for no fee or a fraction exclusively
Man, this shit’s a disaster, huh
I was datin’ this chick who was mad I wouldn’t tag her
Daughter of a pastor who wanted to be famous and rich, and climbed the proverbial ladder
Showed me no love ‘til I said I was a rapper
Took my time, didn’t even try to smash her
Went to Mass and after her dad, the pastor, called me a bastard
I was shocked ‘cause I didn’t think pastors cussed
So I looked at dude and said “What the fuck?”
Then she slapped me, and he slapped her, and ironically, I ended up in cuffs
Now I’m talkin’ to a judge who’s white as Casper
Who thinks I’m shady like Marshall Mathers
And once he asked why I attacked her
I stand and say, “Green Lives Matter”
Verse 2
Yeah, well back to the topic
The flow’s like a sea, so sick you get nauseous
The Grinch is the name, and the drip is aquatic
A Whoville gangster, you better move cautious
I come from a place where they slay you
Then artistically wrap you in boxes
And the six-foot drop you experience
Is down the chimney when Santa drops it
I’m highly toxic
Practically radioactive with a slight chemical imbalance
ADHD, bipolar, depression, manic, look
High level lactic acid
Contracted from COVID vaxxes, from an allergic reaction
I got on the fifteenth booster package
Ninth dimension, PTSD episodes from failed Christmas interactions
See, I’m the one who they said would ruin Christmas
But they never told you that they ruined me
What the fuck did you think would happen
When you poked a bear consistently from the age of three?
I have no siblings or family, if they put my life on TV
And chose Jim Carrey to play the part instead of choosing me!
I want my royalties
Universal, call my lawyer, you’re all fuckin’ sick, sadistic
Twisted misfits, this is real infringement
And I’m hopin’ that you all eat shit for Christmas
My life is a movie they sold to children
Intertwined was ideals from they wicked systems
Where everyone’s rich, off the clinch is business
But doesn’t have to deal with the criticism
So here’s what we’re gonna do, we’re gonna make a new movie
Where I’m the star, and you pay me to use me
We’ll shoot it in Los Angeles, mm, where it’s super boujee
And for mainstream appeal, we’ll add unrealistic attainable booties
We’ll add racial slurs to trigger blacks and sexual ambiguity
Uh, political propaganda and titties for continuity
Lets get famous TikTokers like Charli D and Addison Rae
And if it’s in the budget, guest appearances from, uh, Jake Paul and Sommer Ray, hmm
Verse 3
Viral, dopamine, millions of views and attention
Anything to raise my CPM on YouTube and increase my video time retention
Trending, number one worldwide box office hit, awards galore
So all the big directors sign me and I become an industry whore
And then at that point when I’m super famous and super rich
And can actually afford to go build or go buy a bitch
And the cocaine lines that I periodically sniff
Get mixed with the gin and juice that I sip
And I become a role model to millions of kids
And lead them to the depths of hell in the darkest pits to benefit
And lose myself on constant trips to reality and back
Where I’m rich, but I have no one I can even share it with

Verse 4
Viral, hahaha, like the virus
I wanna come in like a wrecking ball like Miley Cyrus
Take trips to the White House, befriend Kamala and Joe Biden
Discuss policies I think we should tighten
While I text Elon Musk and Mark Zuckerberg about cryptocurrency
And the metaverse, then take trips to Waikiki island
Viral, viral, viral, give me more
I wanna be recognized by everybody at Whole Foods and every other wretched grocery store
I wanna lose control, have multiple baby mamas
And argue mediation over child support
With gold diggers who practice takin’ off condoms and trappin’ young stars like me just for sport
I wanna be an idol, worshipped by society
Who’s perfect to the public, but hates himself privately
Who can’t look in the mirror and is screaming, but quietly
And can afford to go anywhere, but doesn’t because of anxiety
Antisocial, global tycoon, multi billion dollar CEO, sex mogul
Cover of Forbes, court side Lakers games, right beside Frank Vogel
Friends with LeBron, CP3, Dwyane Wade and movie stars like Will Smith
The Rock, Angelina Jolie and if she approves, Brad Pitt
I want to be viral, off the charts
Exponentially big enough to cloud my black heart
Judgment and mind, so I can’t even go and find peace within my current life
So viral that I lose my mind
So viral that I can’t hide
So viral I convince myself that the only escape is suicide
Outro
I want to be viral at any cost
I don’t care who gets hurt or the lives lost
‘Cause they hurt me first, so I deserve this
I’m the victim, and everyone talks but few hear and none listen
So this Christmas, it’s my turn, let me shine
You wanna be viral too, well, wait in line
The whole world does, can’t you see? It’s not just me
I’m just the Grinch, and all I ever did wrong was be born green 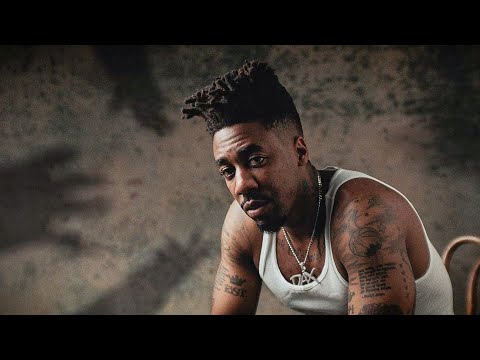 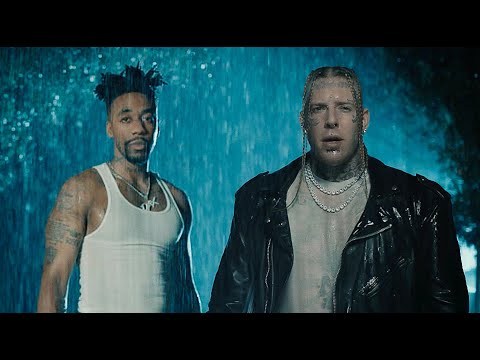 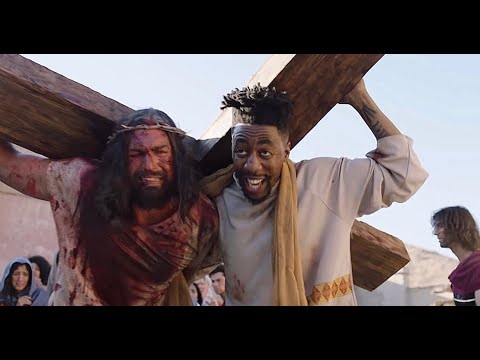 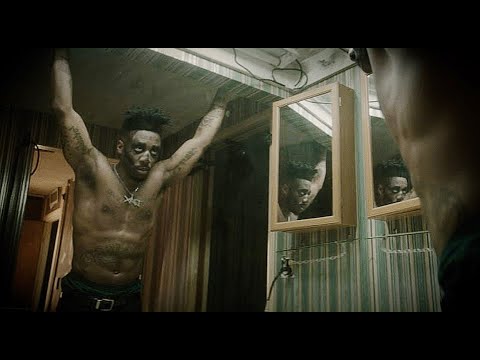 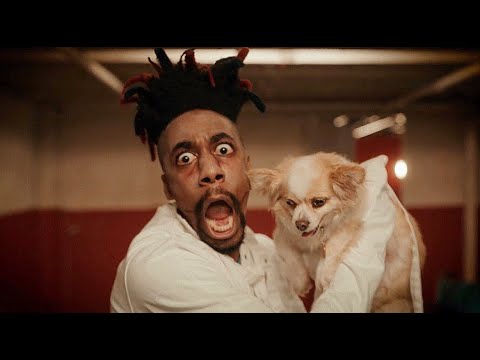 Dax – Why So Serious? 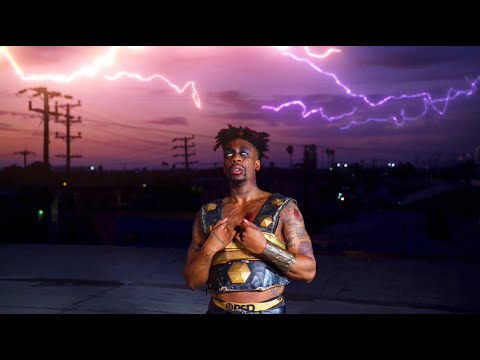 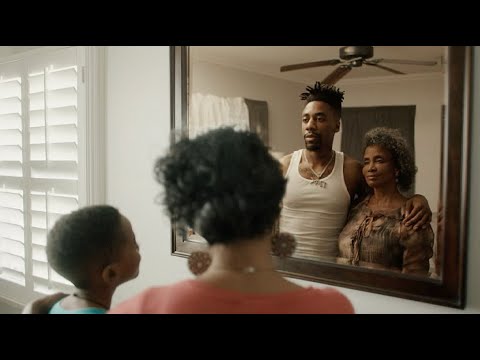 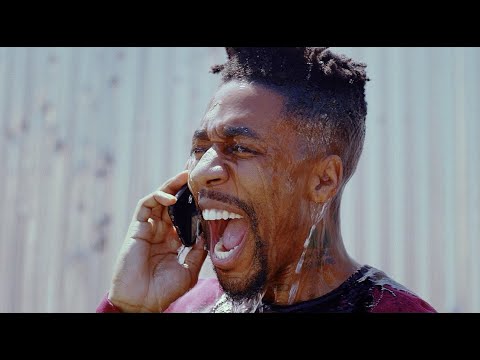 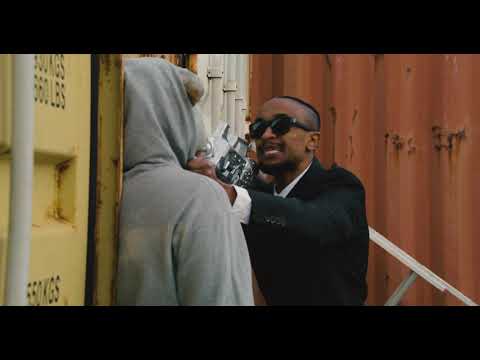 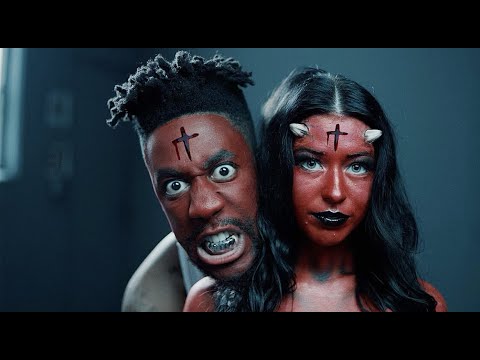 EN - Add title above, and listen with video